Kazakhstani feature film «Mariam» is presented in its main competition program. This picture has already made a broad statement at major movie forums in Switzerland, Canada and Korea. 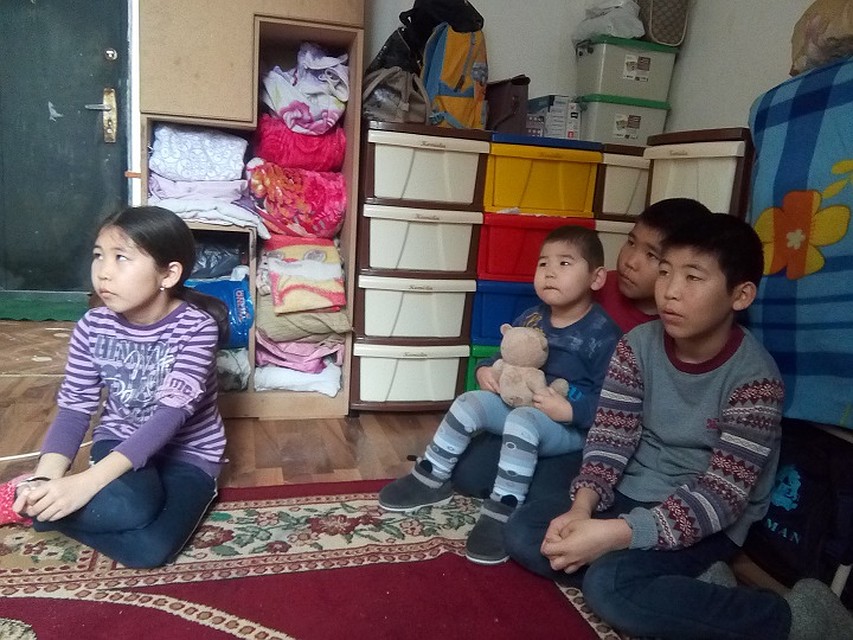 The mother is the only hope for her children

The uncommonness of the movie is that an ordinary rural woman, whose husband disappeared three years ago in the steppe, played her own self. Her challenging fate provided the basis for the plot. Still, after the world premiere of the movie in Locarno, the life of the lead character has not changed much. The woman and her four children rent a small room of approximately six square meters, where the hallway serves also as a kitchen. 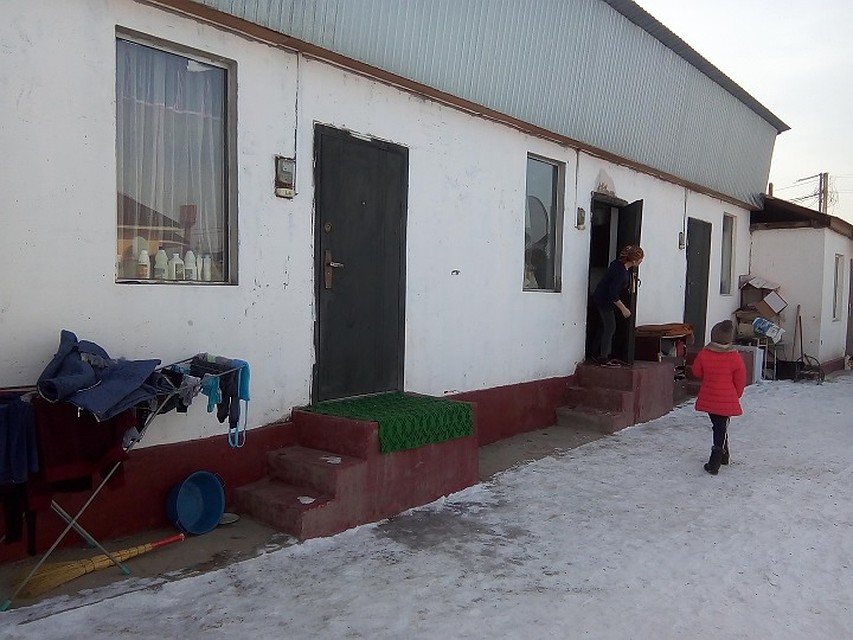 This temporary housing is shared by several families. One of these doors leads to a 6 square meters room where “movie star” lives with four children.

Meruert begins her story, «Bakhtybay and I got married 13 years ago. A year later, the first son Amanzhol was born. Soon after that a relative offered to pasture his cattle in the steppe. Living conditions were hard — no electricity, we had to walk far distances to get water, and there was only a stove to heat the place. And one after another, son Damir and daughter Akzhorek were born. All three were born a year apart. And in 2016, the youngest son Nurislam was born.» 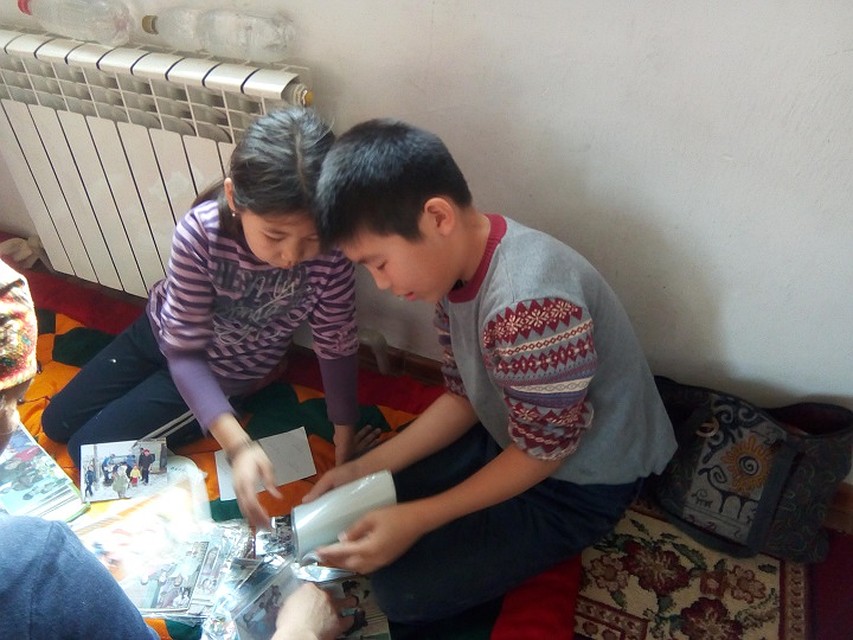 When the children got older, Meruert moved to the city so that the children could go to school. Her husband stayed to graze cattle in the steppe with a relative, and came to visit his family a couple of times a week. In the fall of 2016, Bakhtybay rode with his relative on a horse and gone missing. The workmate’s body was discovered a few days later, but Bakhtybay was never found. Meruert appealed to the police, but the search ran aground. After two and a half years of unsuccessful attempts to find him, Meruert stopped. She still does not know what has happened and whether her husband is alive. 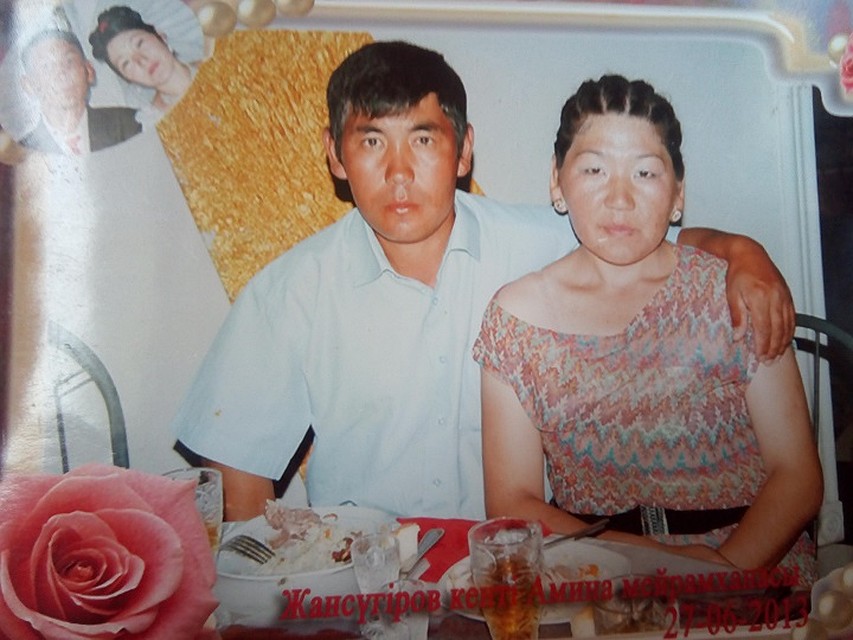 Three years before the husband disappeared

At first, Meruert was highly stressed out. She could not recover for a long time. And then, she and her children moved to Almaty city. Meruert got three jobs. In order to get benefits due to the loss of income earner, Meruert turned to television, where she met with Sharipa Urazbayeva, the future director of the «Mariam» movie. She has heard Meruert’s story and suggested making a movie about her challenging fate and playing the lead character. The movie was shot under extreme steppe conditions where Meruert and her husband had once lived. Filming took only five days. 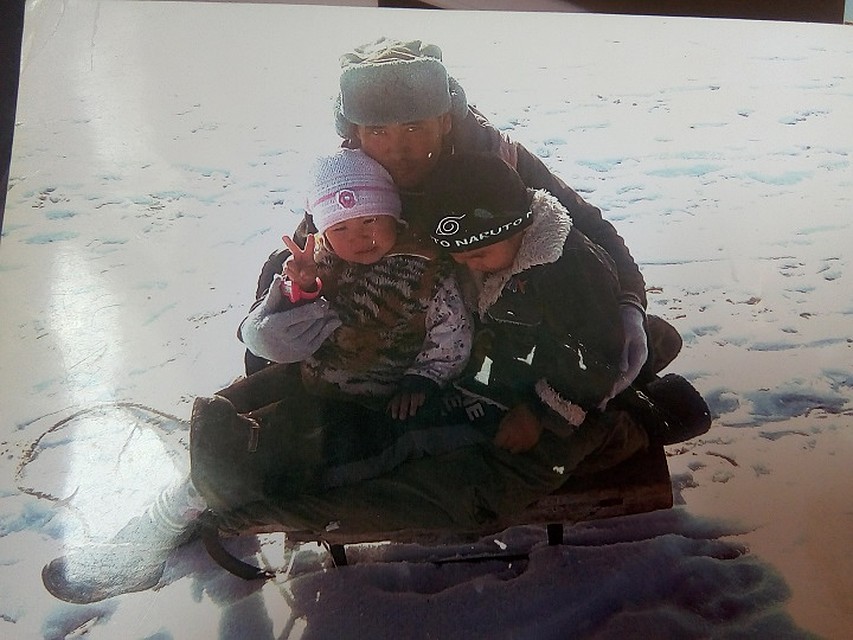 The daughter remembers the father took them sledding in the steppe.

The world premiere of the movie was held last year in Locarno. Sharipa brought Meruert to the festival at her own expense, and this was the lead character’s first trip abroad ever. For a village woman, this was an absolute miracle that ended when she came back home. 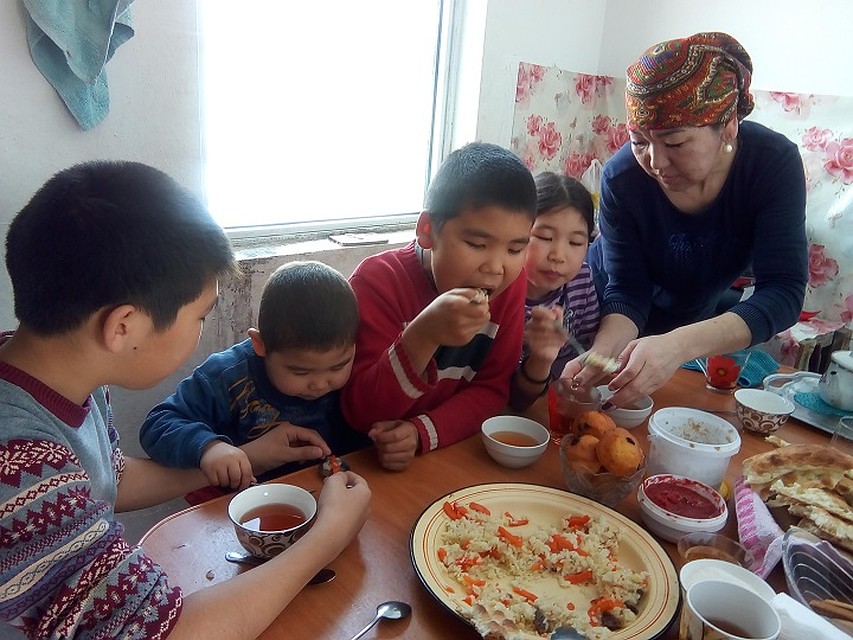 Meruert strongly believes that children are her treasure.

She works in a restaurant as an ironer and gets approximately 160 USD per month, of which half is paid for housing rent. She also draws benefits from the state — 27 USD per month per each child and free meals at school and school uniforms. The woman hopes that after long travails she will get the right for benefits for the loss of income earner. Some clothes, shoes and food come from the mosque and good people. This is how they live. Getting an apartment or taking training courses under a social program is out of the question — she does not have a permanent residence permit. Never-ending circle. 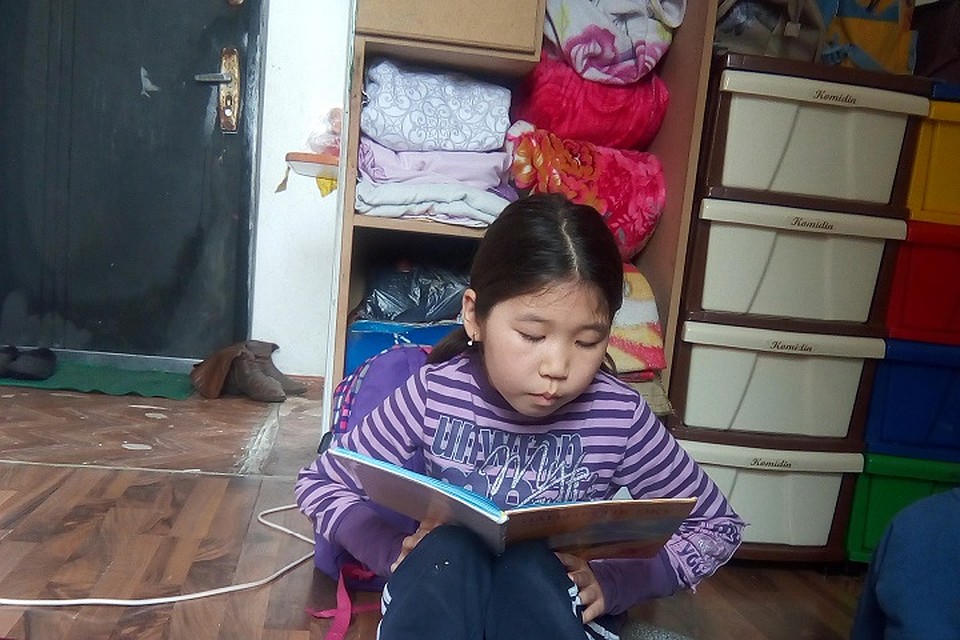 The eldest son Amanzhol is now in the fifth grade, Damir — in the fourth, Akzhorek — in the third. The youngest son Nurislam will be four years old in the summer. The boy still does not speak and there is no money to pay for speech therapy. 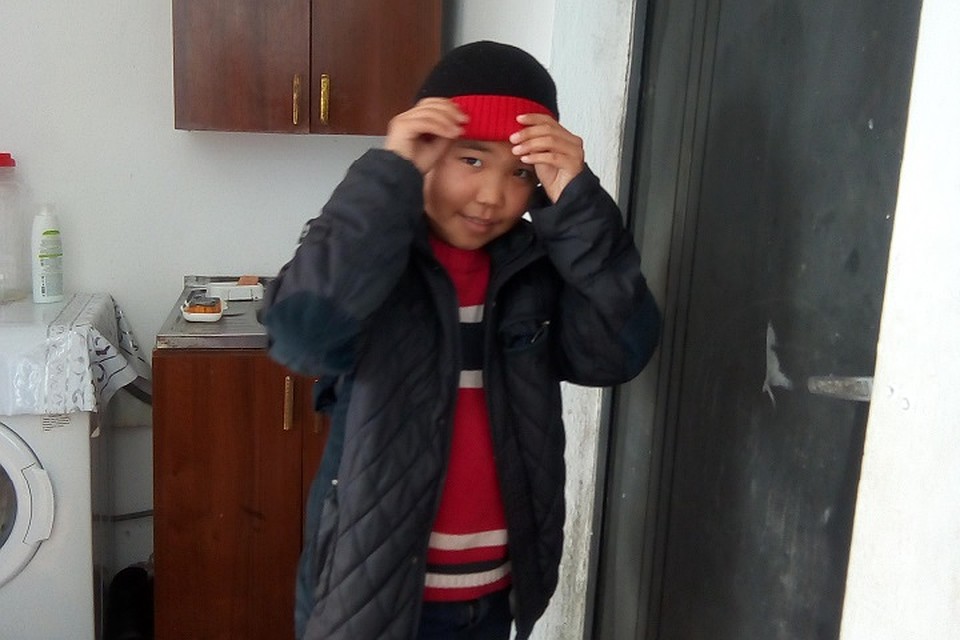 When we started asking the girl about her father, she wept bitterly, because she remembers her father well and knows how much he loved them.

Sometimes when there is no money at all, it gets too heavy for Meruert. A great deal of money goes to school supplies, extra classes, travel by public transport, the youngest son’s kindergarten fee. 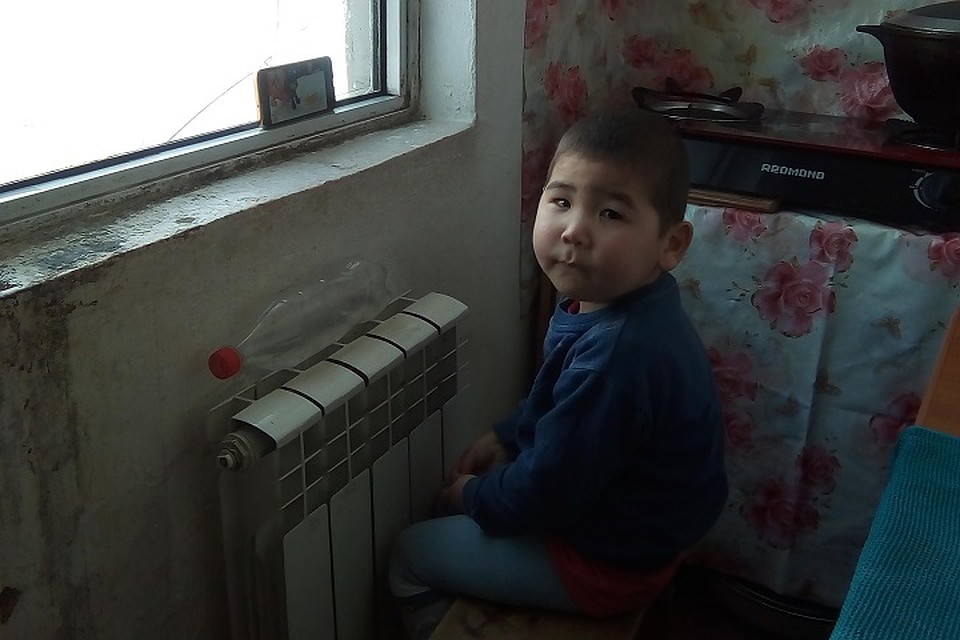 The youngest son is almost four. He still does not speak. No money for speech therapist.

«I really want to raise my children to be good people», says Meruert. «Inshallah, make it happen!»

Children are friendly, they help their mother and each other. The woman scrapes a living all alone, but she is not going to give up. She says that she must raise her children. This is her treasured dream. She also dreams of having her own place. She believes that people and the state will help. After all, life is not a movie ... 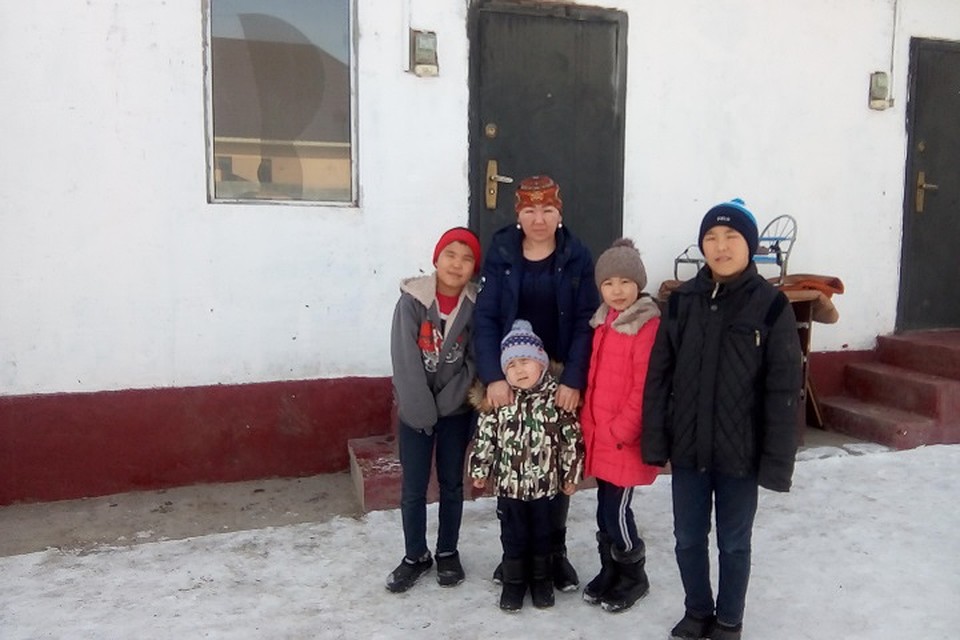 Life is not a movie. May be something will be changed? 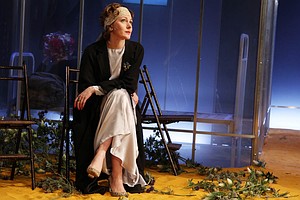 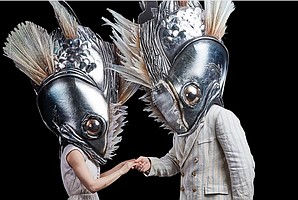 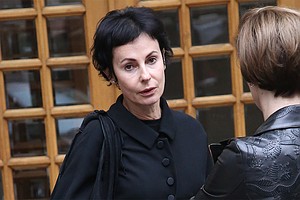